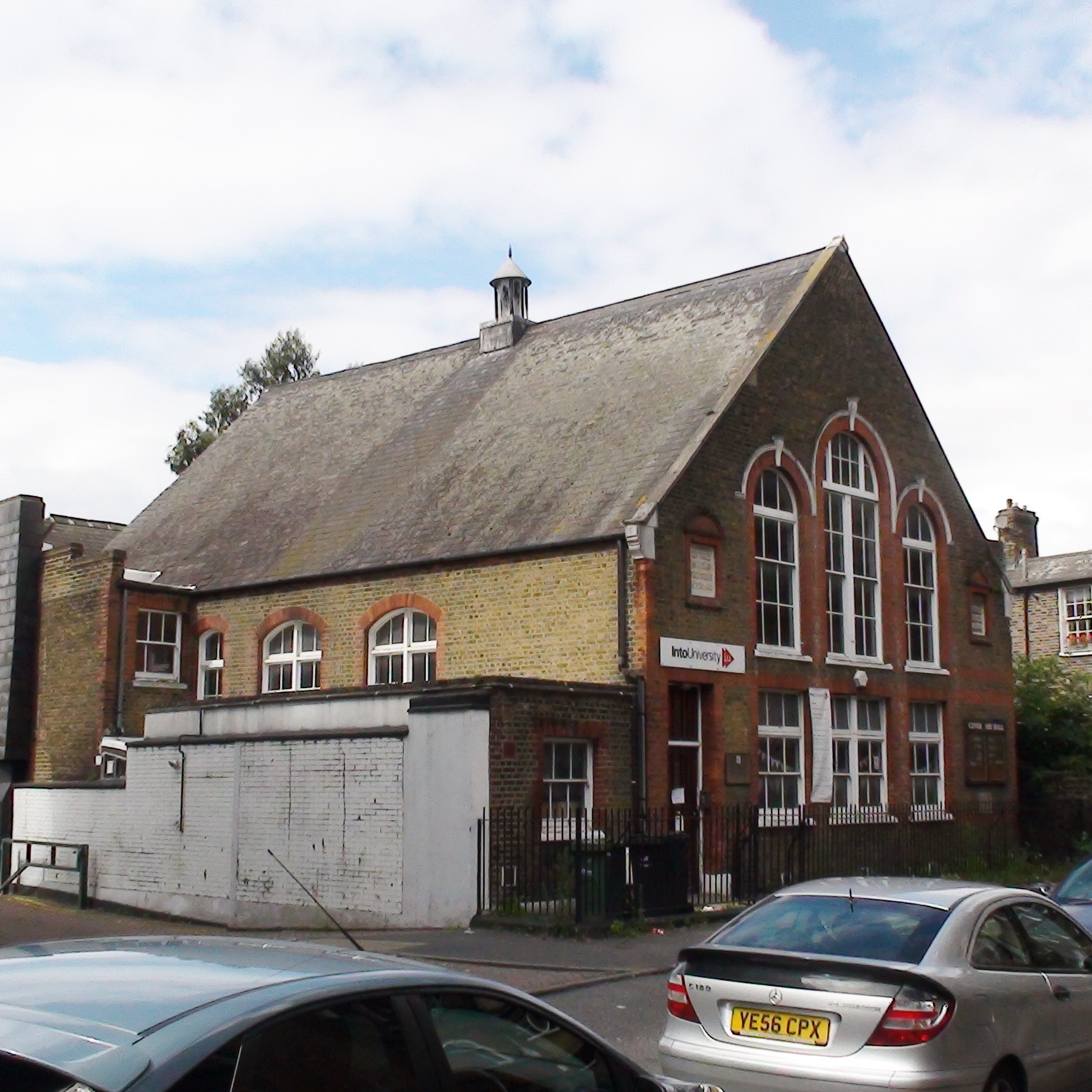 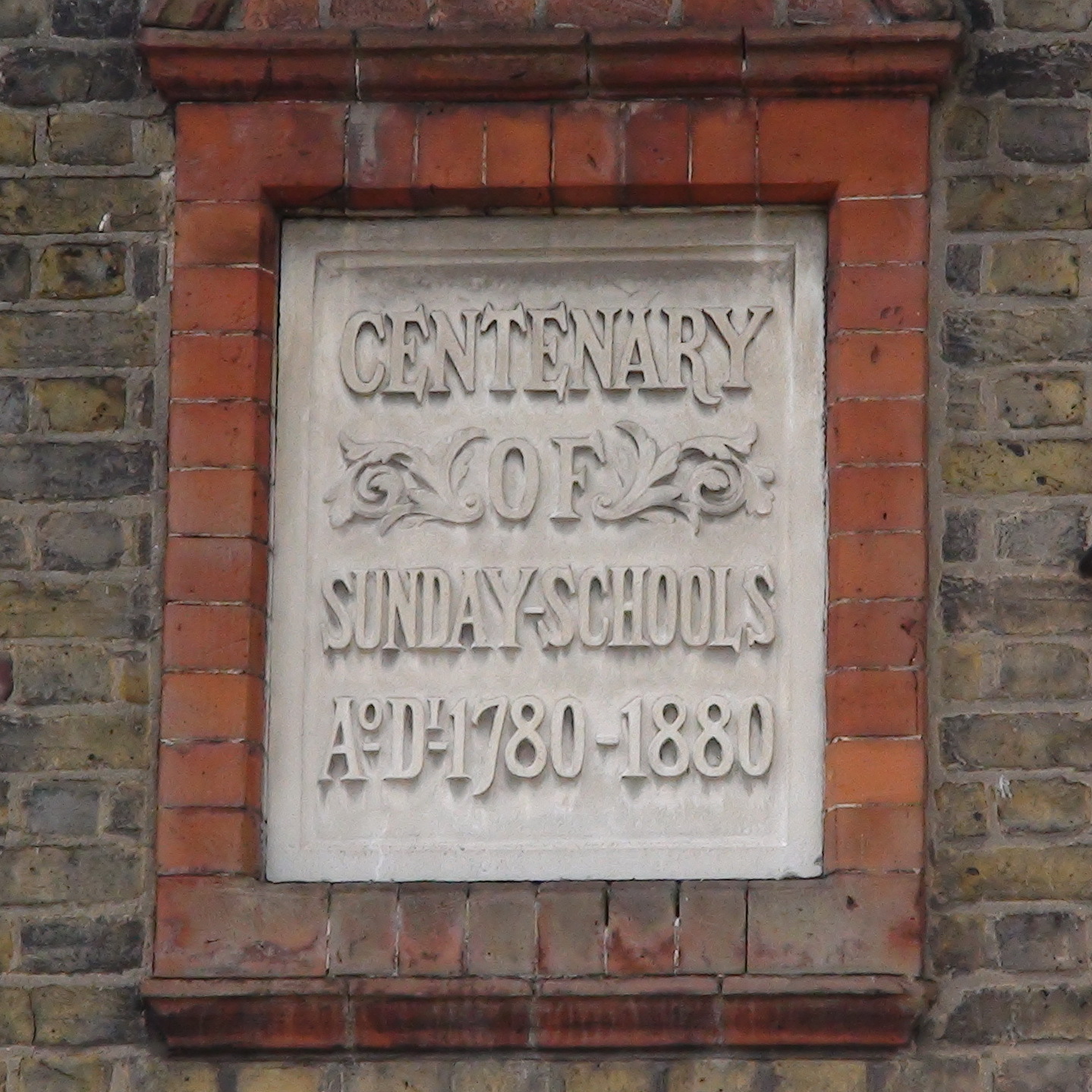 High on the front, at the left is the Sunday Schools plaque, and on the right the Memorial School plaque. The McArthur stone is low on the front right.

In the late 1700s this street was Mansion House Row, then Mansion House Road until 1912-17 when it became Cottington Street. Lambeth 1 have a photo of an invitation to the 1883 unveiling of the foundation stone. Here the building is "New School and Mission Buildings". Another ticket on that page referring to these buildings names the school as "Centenary Memorial Sunday School".

Lambeth 2 have a 1966 photo of this building, the Vauxhall Baptist Church & Sunday School.

We found two references on the web to this Hall and an adjoining school having been destroyed by WW2 bombing. But the LCC War Damage Map shows the hall untouched, with a building immediately to the south having suffered 'general blast damage, minor in nature'.

The building looks to us to have been built as a school, but we cannot discover at what point the Vauxhall Baptist Church took over, nor when it moved out.

This section lists the subjects commemorated on the memorial on this page:
Centenary Hall - Sunday Schools

This section lists the other memorials at the same location as the memorial on this page:
Centenary Hall - Sunday Schools 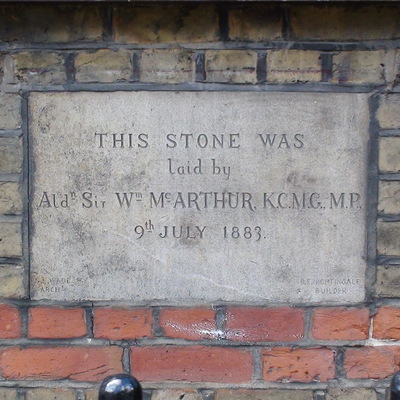 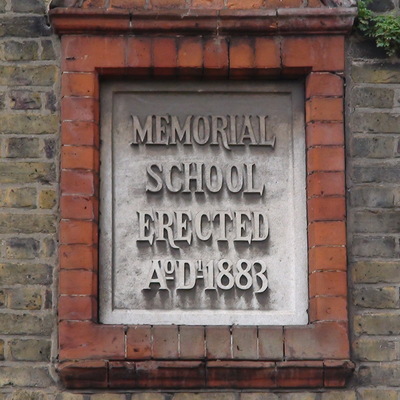 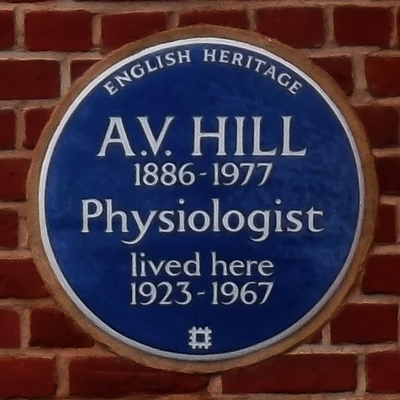 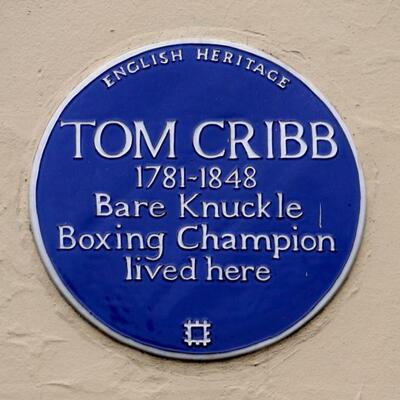 The Richmond plaque can be seen in our photo, between the lamppost and the two blackboards. 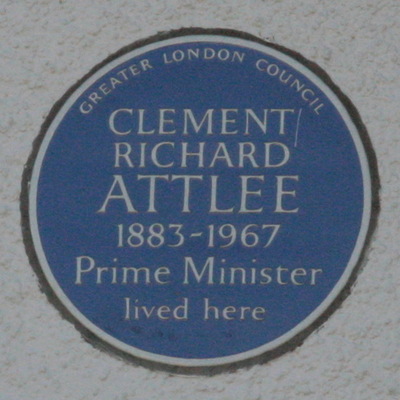 Attlee lived here while he was MP for Walthamstow West. 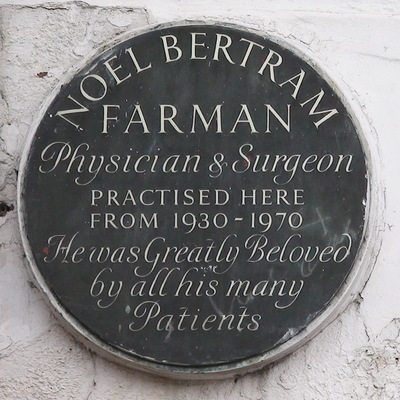 Dr Silverman's patients in Camden were similarly moved to raised a plaque. 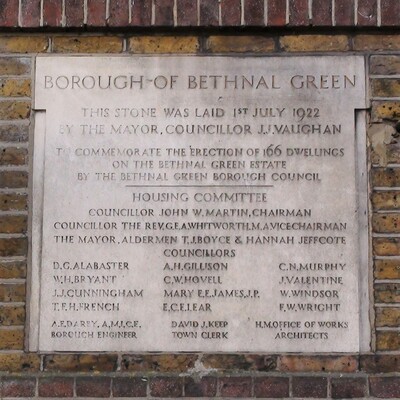 Apart from the architect the names on this plaque are the same as those on the Diss Street plaque.