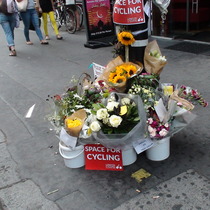 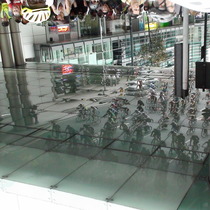 Three cyclists killed in London in 3 weeks.  This was the second protest ride we had attended in 5 days. Even more cyclists at this one, estimated at 2,500. Odd, but we object to being killed. Our picture shows the ride passing under the Proctor Street building bridge.

This section lists the subjects commemorated on the memorial on this page:
Alan Neve