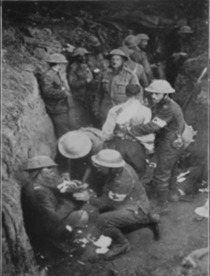 A parliamentary fort erected to defend London during the Civil War. The pict...