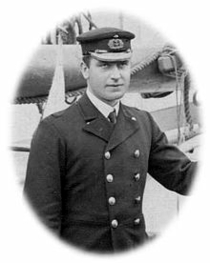 Explorer. Born at 8 Myton Place, Hull. He made several expeditions to Antarctica, including one which convinced him of the best route to the south pole. This was later followed by Roald Amundsen, who after his triumph, sent Colbeck a letter of thanks. Colbeck Bay and Cape Colbeck, both in Antarctica were named for him. Died at his home, 51 Inchmery Road, Catford.

This section lists the memorials where the subject on this page is commemorated:
Willliam Colbeck