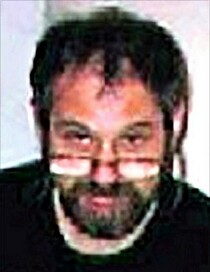 He married Christine Cook, their marriage being registered in the 2nd quarter of 1976 in the Reading & Wokingham registration district. He was a computer programmer and they lived in Notting Hill. His obituary can be found on our picture source.

He died, aged 54 years, on 7 July 2005 whilst travelling on the lower deck of a Route No.30 bus that was targeted by a suicide bomber at Tavistock Square. The narrative verdict of his death can be found on the Coroner's Inquest Report.

This section lists the memorials where the subject on this page is commemorated:
William Wise

Philip Matthew Beer was born on 27 February 1983 in Barnet the youngest of th...

Weightlifting coach and wrestler. Also known as Yakov, he was born in Poland....