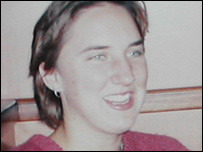 From East London Cyclist: "Elizabeth was killed at the junction of Burdett Road and Mile End Road on Friday 24th September 1999 at 1.00 pm. The incident involved a 38-ton lorry turning left from Mile End Road into Burdett Road."

Elizabeth (Kiki / Liz) was 21 and had a twin sister, Rosemary Sarah Webb. Elizabeth and her elder sister Angela Lucy Webb were student nurses at St Bartholomew's Hospital. Elizabeth had a love of horses and had worked in France looking after them. At the time of her death her father Robin lived in Colchester where she grew up. Her mother had died of cancer between two and three years previously and this seems to have prompted Elizabeth to begin training as a nurse.

At the time of the collision Elizabeth was travelling from halls of residence in Devas Street to the City University to submit a project paper.

"Elizabeth's funeral took place on 4th October and a member of the LCC/Wheelers was in attendance. Her father has requested that friends and family send donations to The London Cyclists Trust to enable the LCC to continue to work toward road safety improvements."

Information also from the Colchester Daily Gazette and the BBC News webpage.

The picture source website has a lot of information about why so many cyclists are killed by HGVs.

Elizabeth Jane Webb was born on 27 February 1978 and her birth was registered in the Portsmouth, Hampshire, registration district. She was one of the five children of Robin M. Webb and Therese Alexandra Halbert Webb née Ord (1943-1996). Her mother had also been a nurse who was registered as such on 29 March 1965 having undertaken her training at the Mile End Hospital, London. Elizabeth was buried next to her mother at All Saints Church, Shrub End Road, Shrub End, Colchester, Essex.

2022: Angela Webb kindly wrote to help us correct an error on this page, now corrected.

This section lists the memorials where the subject on this page is commemorated:
Elizabeth Webb

Grew up in Brazil. A qualified architect, aged 32, she began work at LOM Arch...