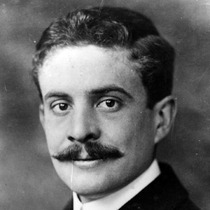 Born New York City into an extremely wealthy family. Lived in Rome in his mid-thirties where he developed a life-long taste for the arts.  On his father’s death in 1890 he built the luxury Waldorf Hotel on the site of the New York family home. (His cousin, John Jacob Astor IV, who built the adjoining Astoria Hotel was killed on the Titanic.)

Moved with his family to London in 1891, renting Lansdowne House until 1893 when he bought the Cliveden estate in Buckinghamshire.  In 1895 he had 2 Temple Place built, by architect John Loughborough Pearson, as his London residence and estate office. Owned the Pall Mall Gazette, Pall Mall Magazine and The Observer. 1899 became a British citizen.  1908 opened the Waldorf Hotel in London.  In 1906 gave Cliveden to his eldest son Waldorf as a wedding present on his marriage to Nancy Langhorne who became Lady Astor. Died at home in Brighton.

This section lists the memorials created by the subject on this page:
William Waldorf Astor, 1st Viscount