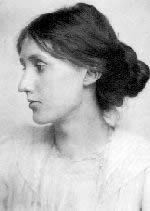 Elsewhere we've read that the Woolfs, while their home in Tavistock Square had the builders in, lived at 37 Mecklenburgh Square, August 1939 - October 1940, when a bomb forced them out. The site now occupied by Goodenough House.