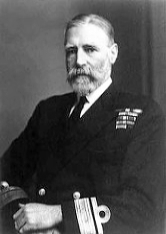 Sailor. Born Victor Alexander Charles Crutchley in Chelsea. His mother had been a maid of honour to Queen Victoria and he was her godson. He enlisted in the navy in 1906 and was promoted to lieutenant in 1915. He fought in the Battle of Jutland, and participated in the Zeebrugge Raid of April 1918. In the Second Ostend Raid on 9 May, he was posted to the cruiser Vindictive and took control when the commander was killed. When a propellor was damaged, preventing the vessel from fully closing the canal, he ordered its scuttling and personally oversaw the evacuation under fire. He transferred to the damaged motor launch ML 254 and oversaw bailing operations, standing in water up to his waist, until the destroyer HMS Warwick came to its aid. Although the second raid also failed to close the Bruges Canal to submarine traffic, he was awarded the Victoria Cross for his actions. He was subsequently knighted and promoted to admiral.

This section lists the memorials where the subject on this page is commemorated:
Victor Crutchley, VC

{Beneath a representation of the Victoria Cross medal:} Lieutenant Victor Cru...