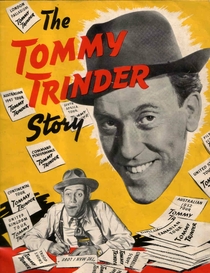 Actor and comedian. Born Thomas Edward Trinder at 54 Wellfield Road, Streatham. His career started in music halls and graduated to West End theatres, films and television. He was the first compere of the popular TV variety programme, Sunday Night at the London Palladium, becoming well-known for his catchphrase 'You lucky people'. A lifelong supporter of Fulham Football Club, he became its chairman in 1955. Died in St Peter's Hospital, Chertsey, Surrey.

This section lists the memorials where the subject on this page is commemorated:
Tommy Trinder