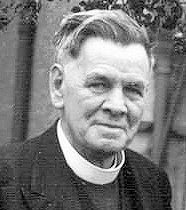 Born Yorkshire. Raised as a Methodist. Became a minister in the East End, a chaplain in WW1. Became Superintendent of the Lambeth Mission in London in 1922, and was there 32 years. Wrote many hymns including 'Above the hills of time the cross is gleaming', and promoted the use of cinema, co-founding the Religious Film Society of London. Died Lambeth.

From 'Labour and the Free Churches, 1918-1939: Radicalism, Righteousness and Religion' by Peter Catterall 1928 started incorporating films, not necessarily religious, into his services at the Lambeth Mission. 1933 was involved in the creation of the Religious Film Society, with J. Arthur Rank.

This section lists the memorials created by the subject on this page:
Thomas Tiplady