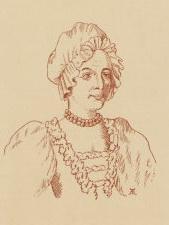 Opera singer, actress and adventuress, was born in Vienna, née Imer. First came to England in 1746. In 1760 rented Carlisle House, a large mansion at the south-east corner of Soho Square, where she put on entertainments and was initially so successful that she extended the property but by 1772, being a poor business woman and putting on lavish shows, she was bankrupt. Casanova claimed paternity of her two children. Died in the Fleet prison. Her story is well-documented in detail at British History Online.

This section lists the memorials where the subject on this page is commemorated:
Theresa Cornelys

Singer. Born in the Jubilee Hospital, Kingston, Jamaica. A child prodigy, he ...