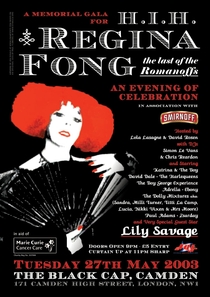 Public House. It was originally called the Mother Black Cap after a local legend concerning a witch, and had that name, according to licensing records, as early as 1751. In the mid 1960s it became predominantly known for its homosexual clientele, and in the later 20th century for its drag cabaret, featuring acts such as Danny La Rue, Hinge and Bracket and Mrs Shufflewick.

This section lists the memorials created by the subject on this page:
The Black Cap

Architect. Though born in Gothenburg, Sweden where his father was a merchant,...

Born in France. Worked in collaboration with Arthur Davis - see there for mor...