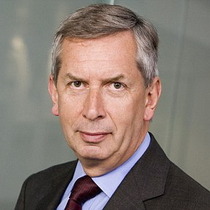 Chairman of the Sir Keith Park Memorial Campaign. Spent 3 years and millions of dollars to get the Keith Park statue erected. In 2011 this earned him, a Brit, the title normally given to a NZ citizen based in the UK: 'New Zealander of the Year'.

Son of a lorry driver who served in the RAF. Grew up in the East End and started a financial career in 1974 with Barclays Bank. 2011: chief executive of a London financial firm and "avid historian" (his own description).

This section lists the memorials created by the subject on this page:
Terry Smith