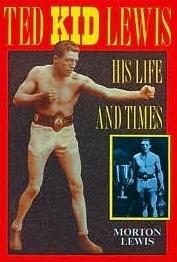 Boxer. Born Gershon Mendaloff at 56 Umberston Street, St George-in-the-East, Aldgate. One of many young Jewish men who took up boxing as a means of escaping the poverty of the east end of London. His professional career began in 1913. He fought in Britain, the USA and Australia and was twice world welterweight champion. In later life he was a bodyguard and local election candidate for Oswald Mosley's New Party, until the organisation became openly anti-semitic. Died at the Home for Aged Poor of the Jewish Faith where the plaque is.

This section lists the memorials where the subject on this page is commemorated:
Ted 'Kid' Lewis