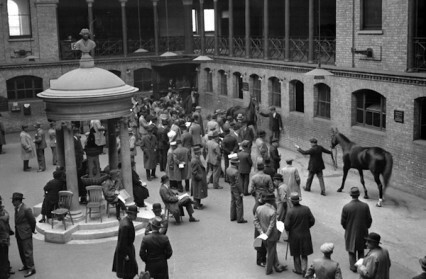 Founded at Hyde Park Corner by Richard Tattersall (1724–1795) it stayed in the Tattersall family until about WW2.  The business had to move from 'the Corner' due to the lease running out and the land being allocated for the development of Grosvenor Crescent.  So in 1865 the business moved to newly built premises on Knightsbridge Green. The picture showing the premises in 1938 is remarkably similar to the picture on Wikipedia dated 1865.

British History On-line has more pictures and says: "Between 1865 and 1939 Tattersalls' yard was the scene of regular weekly, and in the season twice weekly, horse sales, events as much social as commercial where the bluest-blooded of aristocrats rubbed shoulders with the shabbiest of sporting 'characters'."

At the outbreak of WW2 the business moved to Newmarket where it is still based.  The premises on the Green were bomb-damaged in WW2 and demolished in 1955, but the original arch, and the drinking fountain at the centre (see picture) known as 'the Fox' were both salvaged and re-erected at Newmarket.  We haven't found the arch but the Fox seems to be a popular prop for wedding photos.

This section lists the memorials where the subject on this page is commemorated:
Tattersalls race horse auctioneers 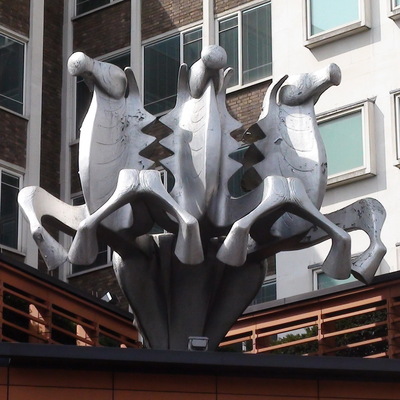 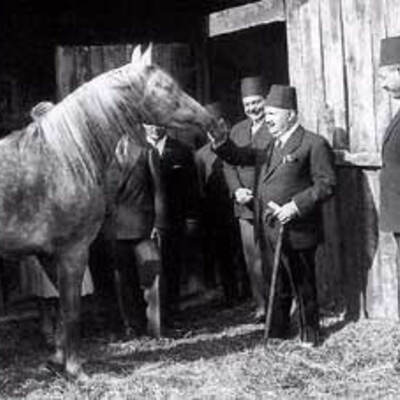 Founded by Wilfrid Blunt and his wife. From 1917 run by their daughter, Lady Wentworth until her death in 1957. 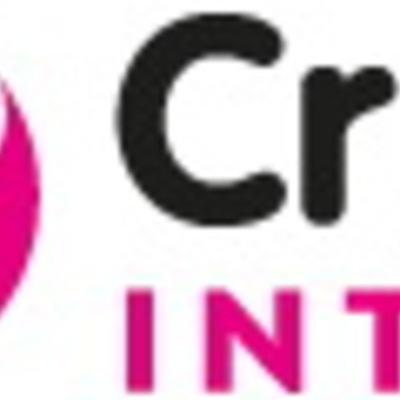 Founded in Bristol by Frances Power Cobbe, who had earlier founded the NAVS. 2012 it joined another organisation and rebranded as Cruelty Free International. For completeness we should mention the... 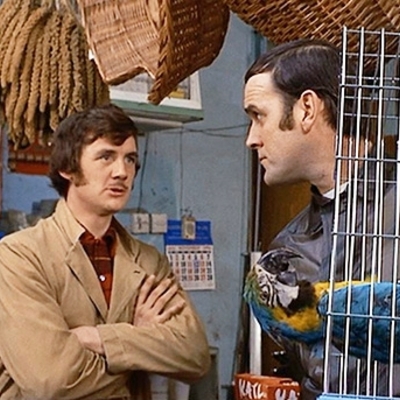 One of the most famous of the sketches in the television comedy series 'Monty Python's Flying Circus'. Written by Graham Chapman and John Cleese, and performed by Cleese and Michael Palin. Initiall... 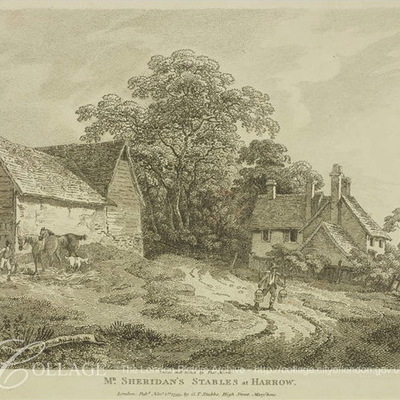 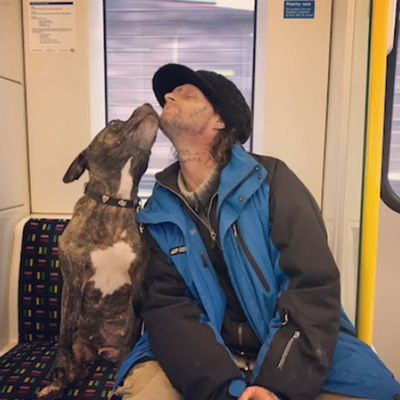 Sugar was John Henderson's companion for 10 years before she died. When Sugar died John said: “She was my best friend and I was hers. We did everything together. ... “She was a rescue dog. One day ...