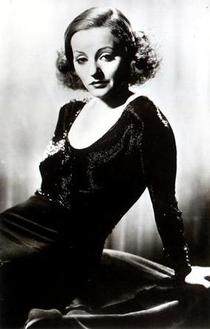 Actor. Born and died America. Unsuccessful on Broadway so in 1923 came to London and was very successful on the West End stage. She returned to America and worked in both movies and on the stage. Hitchcock's 1944 Lifeboat is considered her best movie. Said to be the inspiration for Cruella De Ville in Walt Disney's 1961 101 Dalmations. Apparently led a wild life, in which sex, drink and drugs figured prominently, but most famous for being unconventionally outspoken, for example: [when a young actress told her that she drank cranberry juice every morning] Oh, my God, cranberry juice? When I was 16, dahling, I had a shoebox full of cocaine.

This section lists the memorials where the subject on this page is commemorated:
Tallulah Bankhead

Theatre manager and film cameraman. Born in Roydon, Essex. Details of his lif...