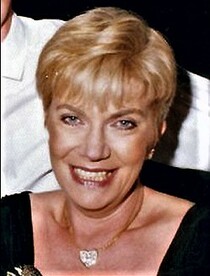 She was a legal secretary living at Newgate Street Village, Hertford, Hertfordshire and her obituary can be found on the BBC News website.

She died, aged 53 years, on 7 July 2005 at the Royal London Hospital, where she had been taken following the fatal injuries she received when travelling in the underground tunnel of the Piccadilly Line on the London Underground Railway between King's Cross and Russell Square underground stations that was targeted by a suicide bomber. The narrative verdict of her death can be found on the Coroner's Inquest Report.

This section lists the memorials where the subject on this page is commemorated:
Susan Levy

Christian Dean Charles Small was born on 10 February 1977, the elder child of...