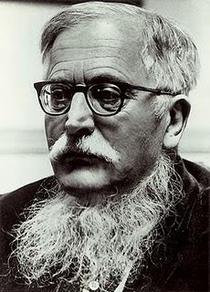 Poet and critic. Born near Goole, Yorkshire. Considered a great English critic, his best-known work is his first publication "Seven Types of Ambiguity" 1930. Married Hetta in 1941 and had two sons, but was probably bisexual and an alcoholic. Spent a lot of his married life away from the London home, in Sheffield where he was chair of English literature at the university. Died at home, Studio House, 1 Hampstead Hill Gardens. (Did you notice how we managed not to mention the beard?)

This section lists the memorials where the subject on this page is commemorated:
Sir William Empson

Unveiled by Sir Williams’ son, Jake Empson. At no 71 Empson lived in the the...

Born Alloway, Ayrshire. Wrote in the Scots language, and also in a Scots dial...