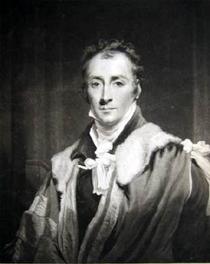 Born in the parish of St George, Hanover Square and educated at Harrow and Cambridge. Succeeded his father as Earl Grosvenor in 1802. Became an MP in 1788 as a Tory but after the death of William Pitt, the Younger, he changed allegiances and became a Whig. Lord-lieutenant of the County of Flint and a renowned and enthusiastic art collector. In 1831 he was created Marquess of Westminster and was a sword carrier at the coronation of Queen Victoria in 1837. Made a Knight of the Garter in 1842. Had a vision for a grand development of Belgravia and Pimlico and directed its progress until his death. Died at Eaton Hall, Cheshire.

This section lists the memorials where the subject on this page is commemorated:
Sir Robert Grosvenor, 1st Marquess of Westminster

Anarchist. Born Italy. Spent many years in exile in various countries. From 1...