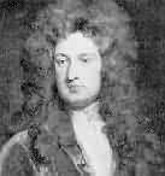 Playwright and architect. Born in the parish of St Nicholas Acons, London, of Flemish descent. Worked in the English Baroque style, sometimes with Hawksmoor, on Castle Howard and Blenheim Palace. Built Vanburgh Castle in Greenwich for himself when Surveyor to the Royal Naval Hospital in 1719. He lived there from 1719 to 1726. It is modelled on the French Bastille, where Vanbrugh was imprisoned on charges of spying for the British in 1690-92. Died at the house he had built for himself in 1701 at Whitehall (demolished in 1898).

Many at the time did not appreciate his work. On his death the Rev. Abel Evans wrote: "Lay heavy on him earth, for he laid many a heavy load on thee."

This section lists the memorials where the subject on this page is commemorated:
Sir John Vanbrugh

Designed and built by Rowland Mason Ordish, as an Ordish-Lefeuvre system modi...

Major road in London, running from Parliament Square to Trafalgar Square. The...