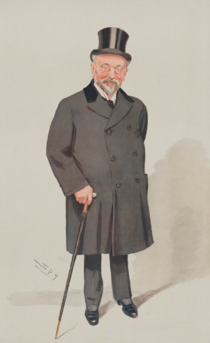 Lived in Hertford Street near (Old) Park Lane in the 1870s. Married but possi...