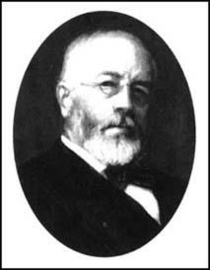 Merchant and philanthropist. Born at White Coppice, near Chorley, Lancashire. By the time he was thirty-five he had established a successful chain of grocery stores. In 1872 he purchased the patent for making sugar cubes and opened refineries in Liverpool and Silvertown, London. He donated his collection of contemporary paintings to the government, on condition that they be displayed in a suitable gallery. This became the National Gallery of British Art (built on the site of the Millbank Prison), which was later renamed as the Tate Gallery and is now known as Tate Britain. He made many other donations to charity, usually anonymously. Died at his home Park Hill in Streatham.

This section lists the memorials where the subject on this page is commemorated:
Sir Henry Tate

The Co-operative Wholesale Society (CWS) began in Manchester. It was a pione...

Newspaper proprietor and campaigner. Born in Norwood. He became owner and edi...