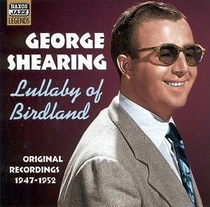 Pianist and composer. Born at 67 Arthur Street, Battersea, Blind from birth, he attended Linden Lodge School, where he received training in classical piano, and learned to read music by Braille. In 1947 he emigrated to America where he achieved great recognition, including performing for three presidents. He composed over 300 titles; his best known piece being 'Lullaby of Birdland'. Died in East 88th Street, New York.

This section lists the memorials where the subject on this page is commemorated:
Sir George Shearing

Song by David Bowie. It was first released as a single, and became the title ...