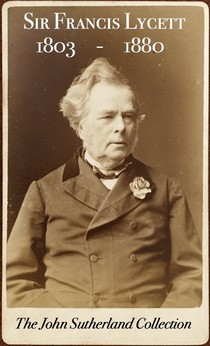 Methodist Worthies by George John Stevenson Vol IV, 1885, has a biography which tells the story of the 50 chapels, claiming that he laid the foundations of 40. We find this hard to believe (show us the list!) and elsewhere we read that it was 10, in the London area - we are running with that version.

Born Worcester into a Methodist family. Came to London in 1832 to manage the glove business of Dent, Allcroft & Co, in Friday Street. Was extremely successful and gave generously to the Methodist cause. He established the Metropolitan Chapel Building fund in 1862 by giving £50,000, on condition that a matching amount should be raised elsewhere and that in London 10 chapels, each with capacity for a thousand should be built in 10 years. Retired from business in 1865. Died at home in Highbury.

This section lists the memorials where the subject on this page is commemorated:
Sir Francis Lycett

The Trust will consider giving grants for the preservation of buildings of hi...

From their website: "The Engine Room helps activists, organisations, and othe...