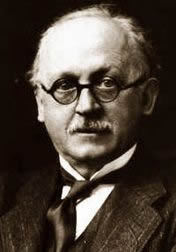 Architect. Born at 16 Onslow Square. Specialised in English country houses. Chosen as the consulting architect for Hampstead Garden Suburb and designed two churches there. One of the four principal architects of the Imperial War Graves Commission, See Blomfield for the others. In 2015 it was announced that all 44 of the war memorials that he designed had been listed. Designed the very successful Cenotaph.

Spent many years designing a large chunk of New Delhi to serve as the seat of British government. Designed the 1924 Queen Mary's Dolls' House. A very jovial jokey man, known as Ned to everyone, he gave nick-names to his friends, such as 'Bumps' for his gardening collaborator Gertrude Jekyll. Had a close but difficult marriage, losing his wife to Krishnamurti and his Theosophical teachings, for a time at least. Lutyens wrote almost daily to his wife and these letters survive. Died at home in Mansfield Street.

This section lists the memorials where the subject on this page is commemorated:
Sir Edwin Lutyens

This section lists the memorials created by the subject on this page:
Sir Edwin Lutyens

"Cenotaph" is Greek for "empty tomb".   The shape is a plain pylon with a cof...

{On the large stone plaque at the centre of this sombre memorial:} Major-Gen...