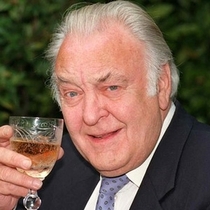 Actor. Born Donald Alfred Sinden in Plymouth. Renowned for his rich voice, he excelled in all genres of acting. On stage he was a member of the Royal Shakespeare Company. In the cinema he appeared in 'The Cruel Sea', 'Doctor in the House' and 'Doctor at Large', among others. He achieved national fame on television in series such as 'Our Man at St Marks', 'Two's Company' and 'Never the Twain'. Died at home in Wittersham, Isle of Oxney, Kent.

This section lists the memorials where the subject on this page is commemorated:
Sir Donald Sinden

Actor. Born as William Henry Pratt at the house with the plaque. His acting c...