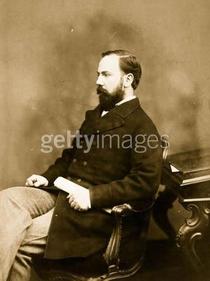 Born 76 Sloane Street, Chelsea. Second baronet. Politician and writer. As a rising member of parliament, he was regarded as a future prime minister. He fell from grace when he was cited in the divorce case of Donald and Virginia Crawford. He was the central character in the 1965 play ‘The Right Honorable Gentleman’ by Michael Bradley-Dyne, played by Anthony Quayle. Died 76 Sloane Street, Chelsea, the house in which he was born, and which he had inherited from his father and lived in all his life.

This section lists the memorials where the subject on this page is commemorated:
Sir Charles Wentworth Dilke (Jnr)

This section lists the memorials created by the subject on this page:
Sir Charles Wentworth Dilke (Jnr)