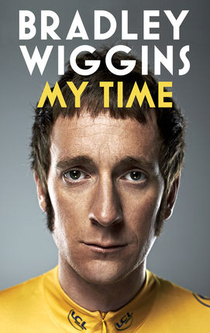 Cyclist. Born Bradley Marc Wiggins in Ghent, Belgium where his English mother and Australian father, a professional cyclist, were living at the time. Bradley was brought up in Kilburn/Maida Vale by his mother. They lived n Dibdin House, Kilburn, and he attended St Augustine’s School in Oxford Road.

He started his career on the track before making the transition to road cycling. Winner of gold medals in the 2004, 2008 and 2012 Olympic Games. In 2012 he also became the first British cyclist to win the Tour de France. Knighted in 2013.

This section lists the memorials where the subject on this page is commemorated:
Sir Bradley Wiggins

{On a plaque attached low down on the vase/plinth:} Inspiring Dreams, Sophie ...

Footballer. Born Laurence Paul Cunningham in Archway. One of the first black ...

Boxer. His last fight (for the vacant super bantamweight title) was stopped i...

Professional cricketer. He laid out the first Lord's cricket ground in Dorset...