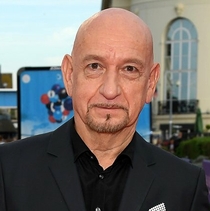 Actor. Born Krishna Pandit Bhanji in Snaiton, Yorkshire to an English mother and an Indian Kenyan father. He joined the Royal Shakespeare Company and also performed with the Royal National Theatre. He was cast in bit parts in films and television (including the soap opera Coronation Street), before winning the title role in the film 'Gandhi', for which he won best actor Oscar.

This section lists the memorials created by the subject on this page:
Sir Ben Kingsley

Hannah Gordon and Ben Kingsley both appeared in "Anne Frank: The Whole Story"...

Actress. Daughter of Debbie Reynolds and singer Eddie Fisher. She made her fi...