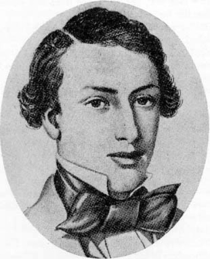 Publisher and journalist. Born 39 Milk Street, Cheapside. At the age of twenty-one, he set up a publishing partnership which immediately had the opportunity to publish 'Uncle Tom's Cabin' by the then unknown Harriet Beecher Stowe.

He also launched the first magazine for middle-class women, 'The English Woman's Domestic Magazine', as well as 'The Boy's Own Magazine'. In 1856 he married Isabella Mayton, who was to achieve lasting fame as Mrs Beeton. Died at Sudbrook Park, Petersham, Richmond.

This section lists the memorials where the subject on this page is commemorated:
Samuel Beeton

A local newspaper in South London and Kent, once owned by Rupert Murdoch.