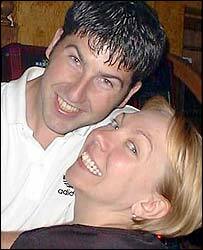 She and her boyfriend, Lee Christopher Harris lived together and electoral registers from 2003 to 2005 show them both listed at 4 Teynton Terrace, London, N17 7PZ. A website designer, her obituary can be found on the BBC News website.

Both she and her boyfriend's joint furneral service took place on 5 August 2005 at St Michael's and All Angels Church, Ledbury, Herefordshire.

On the Hyde Park memorial Sam’s name is linked with her boyfriend's as “Sam Badham & Lee Christopher Harris”.

This section lists the memorials where the subject on this page is commemorated:
Samantha Hilary Badham