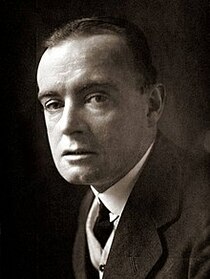 He travelled widely and was in Sarajevo, Serbia (now Bosnia and Herzegovina) on 28 June 1914 when the assassination of Archduke Franz Ferdinand of Austria, heir presumptive to the Austro-Hungarian throne, and his wife, Sophie, Duchess of Hohenberg took place.

Serving as a Lance Serjeant in 'A' Company, 22nd (Service) Battalion, The Royal Fusiliers (Kensington), he entered France on 17 November 1915 and died, aged 45 years, on 14 November 1916 when sheltering in a shell crater near Beaumont-Hamel, France, during the Battle of the Ancre. As he has no known grave he is commemorated on the Thiepval Memorial, Authuille, Somme, France.

Our picture source gives a biography of his life.

This section lists the memorials where the subject on this page is commemorated:
Saki