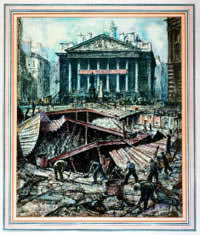 Retailer. Founder of the former Bearman's department store in Leytonstone.

As ships got bigger ports were needed further down the Thames.  In 1909 Tilbu...

John Thomas Pedder was born in 1823 in Romford, Essex, the second of the eigh...