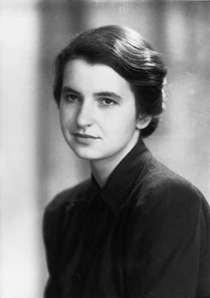 Crick and Watson, who won the Nobel Prize for discovering the DNA double helix, relied on some of Franklin's results for their work. There is some controversy concerning the extent to which they acknowledged that. Some feel that Franklin was not given due recognition due to her gender, her religion (Jewish) or even her class (upper/middle). Died at Royal Marsden Hospital, Chelsea.

This section lists the memorials where the subject on this page is commemorated:
Rosalind Franklin

English Heritage Rosalind Franklin, 1920-1958, pioneer of the study of molecu...