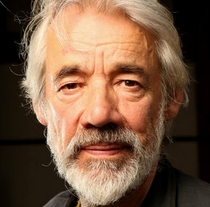 Actor. Born in Islington. For many years he was a relatively unknown stalwart with the Royal Shakespeare and National Theatre companies. It was in 1981 that he achieved national fame, playing the less than bright road-sweeper 'Trigger' in television's 'Only Fools and Horses'. This was followed by his casting as Owen Newitt in 'The Vicar of Dibley'. On film he played Barty Crouch Senior in 'Harry Potter and the Goblet of Fire'. Died in Kentish Town.

This section lists the memorials where the subject on this page is commemorated:
Roger Lloyd-Pack