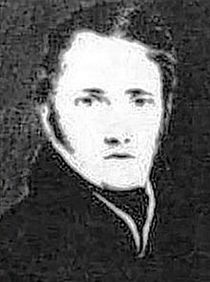 Illustrator. Born Somerset. In November 1835 Seymour, a successful illustrator, aged 38, known for comic sporting prints suggested to the publishers Chapman and Hall a project, a series of illustrations about a Cockney sporting club. For the text they brought in 24 year old Dickens, who took over the whole project, possibly in a rather over-bearing way. 'Pickwick Papers' was the result, his first big success.

Seymour was a long term depressive, with previous suicide attempts. On the day before he died he seems to have had an argument with Dickens concerning an illustration. Seymour shot himself in the summer-house behind his home in Liverpool Road, Islington.

Seymour's widow, and then later his son, ensured that people knew the circumstances of his death and questioned the attribution of the success of Pickwick's Papers to Dickens.

This section lists the memorials where the subject on this page is commemorated:
Robert Seymour

Artist.  Born Bradford.  Lived in California for many years.  Passionately an...