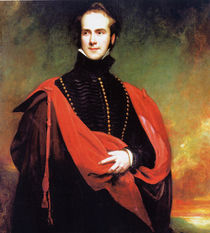 Born, son of Sir Robert, at Millbank House (alias: Peterborough House, Grosvenor House). Shown on this 1690 map to be approximately on the Thorney Street site now occupied by the Hilton Double Tree, but it was at the riverside then. Demolished in 1809.

He is said to have "devoted himself ... to the improvement of his London property". During the London season (April - August) he lived in Grosvenor House in Park Lane, south of Upper Grosvenor Street, the site now occupied by the Grosvenor House Hotel.

This section lists the memorials where the subject on this page is commemorated:
Richard Grosvenor, 2nd Marquess of Westminster

Miss {Elizabeth} H. E. Hope-Clarke of Wimbledon, inspired by her own damaged ...