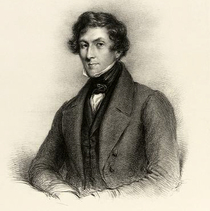 Ship-owner and philanthropist. Probably born in the family house in Blackwall Yard, Poplar, the son of shipbuilder George Green. After completing his studies, he entered the business which specialised in ships for whaling and the East India Company. His concern for the welfare of his ships' crews, led to his large contributions to the Merchant Seamen's Orphan Asylum, the Dreadnought Seamen's Hospital and the Poplar Hospital. Died at 7 Hanover Terrace, Regent's Park. His popularity was such, that his funeral and the subsequent unveiling of his statue were attended by immense crowds.

This section lists the memorials where the subject on this page is commemorated:
Richard Green

"Kingschoole" refers to the passage of the Tyburn river through the grounds o...