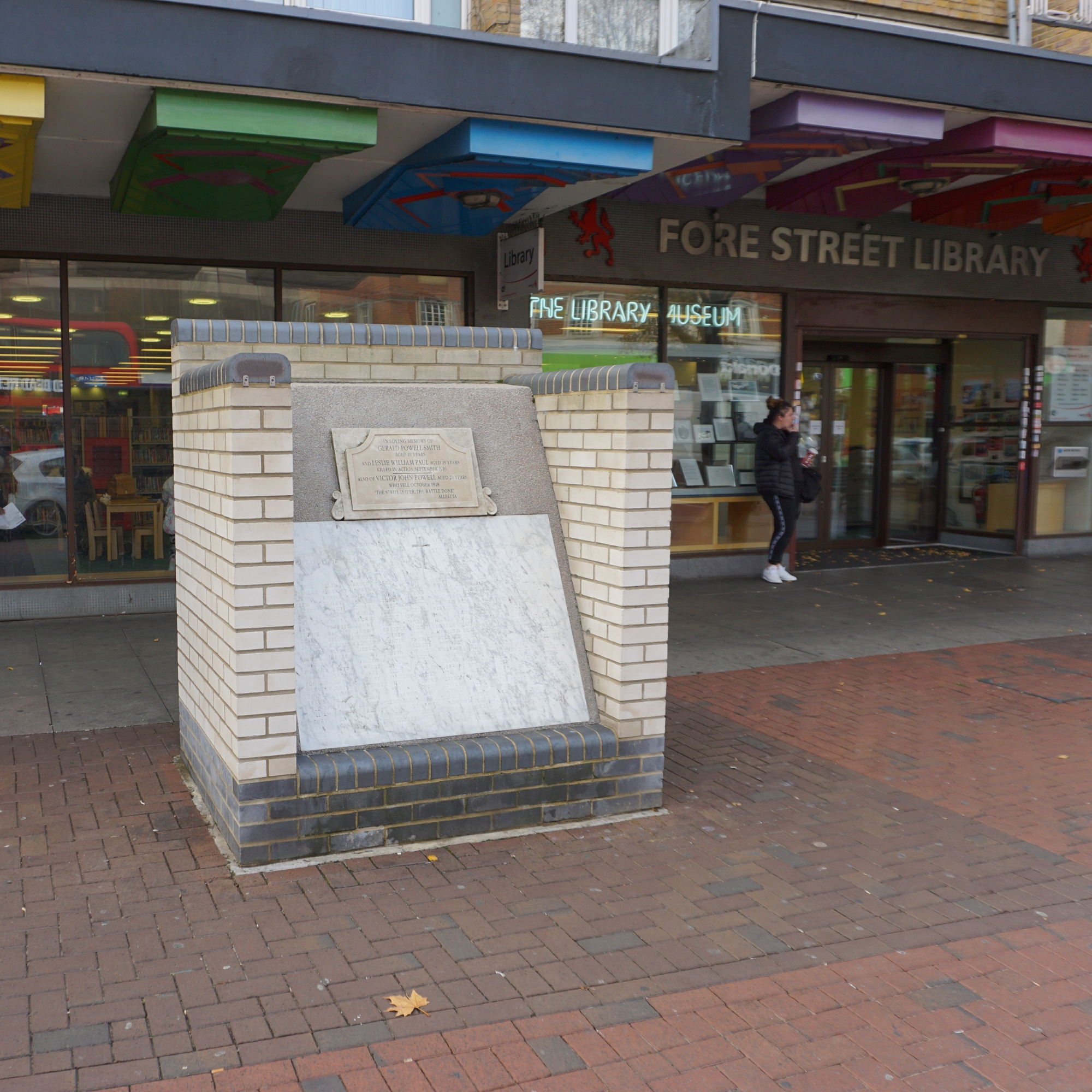 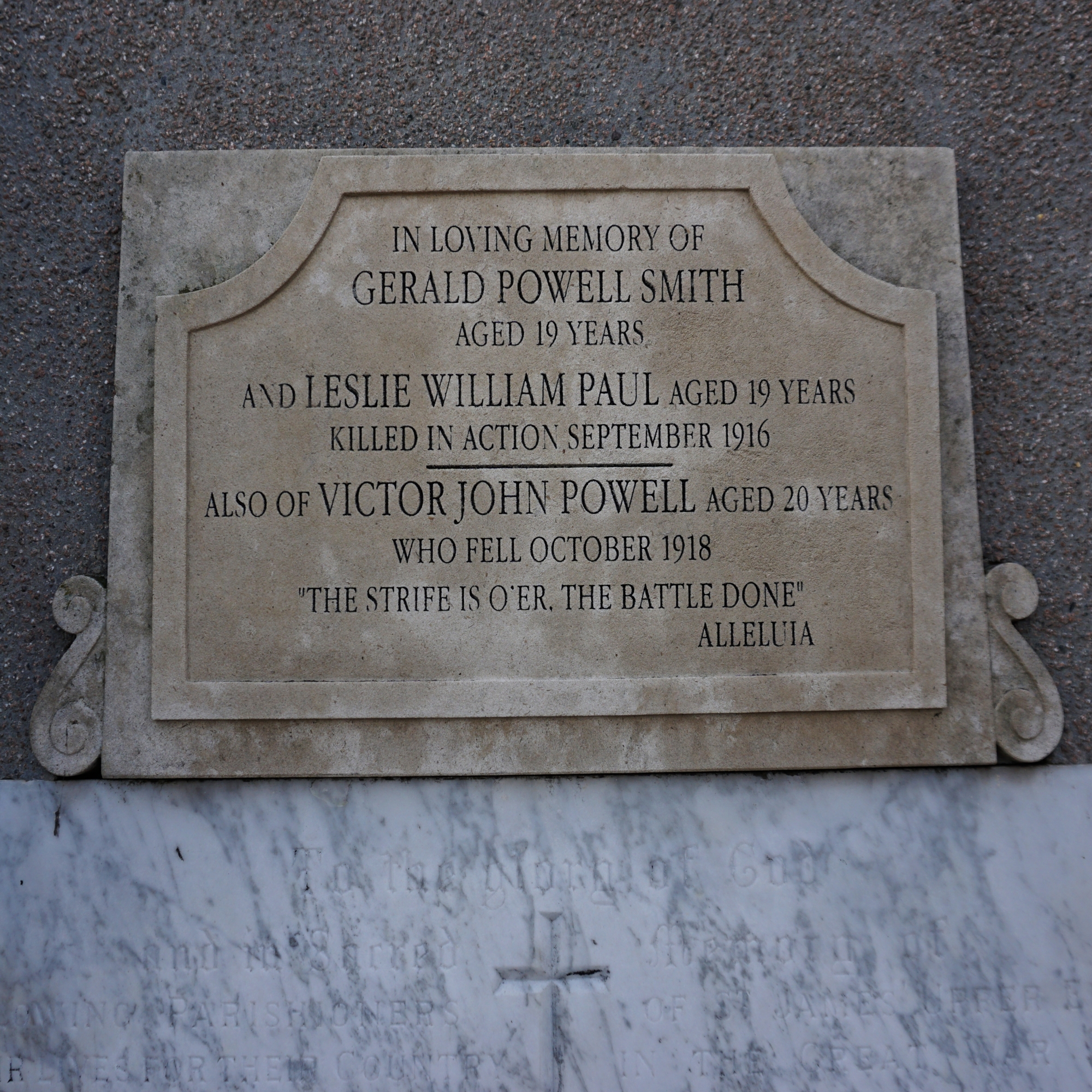 {On large marble stone:}
To the glory of god and in sacred memory of the following parishioners of St James Upper Edmonton who gave their lives for the country in the great war 1914 - 1919 this tablet is erected.
Brave men and worthy patriots dear to god.
{Followed by 123 names. See Subjects commemorated}.

Both memorial stones were originally located in the nearby St James's Church (in Fore Street, south of Cowper Road), which has been converted into flats.

"The Strife is O'er, the Battle Done" is a Christian hymn that is traditionally sung at Easter to celebrate the Resurrection of Jesus. It was originally a 17th-century Latin hymn, "Finita iam sunt proelia"; the popular English-language version is an 1861 translation by the English hymnwriter Francis Pott.

This section lists the subjects commemorated on the memorial on this page:
Edmonton war memorial - Fore Street 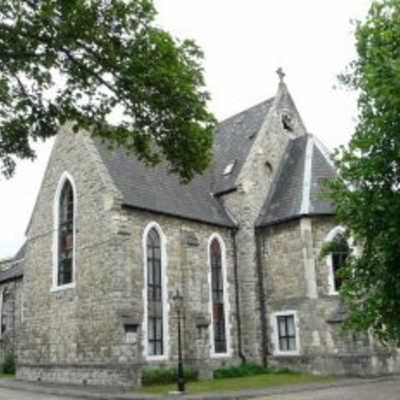 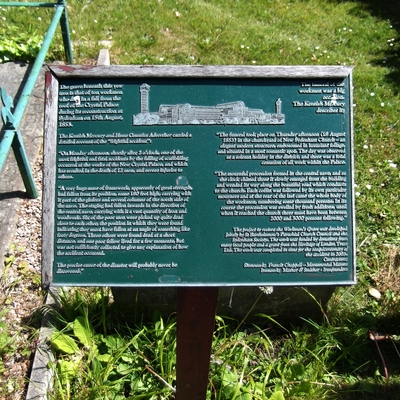 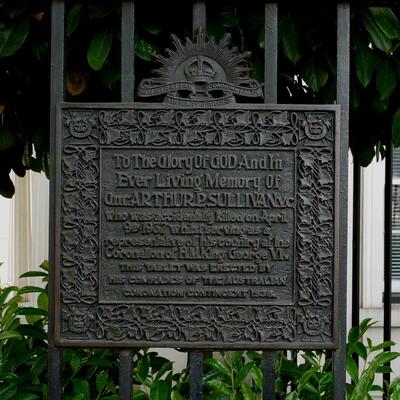 The plaque blends in so well with the railings, that it's easily missed. 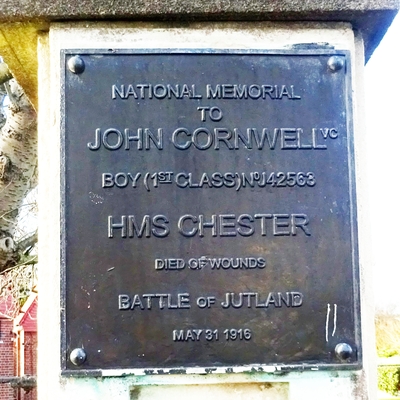 We first took a photograph of this plaque some time ago, before it was stolen in March 2011, but then replaced with an almost identical c... 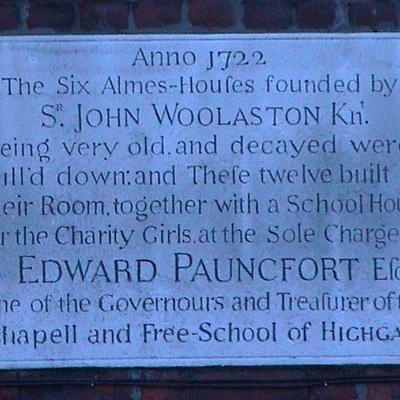 Founded by Sir John Wollaston in 1658. 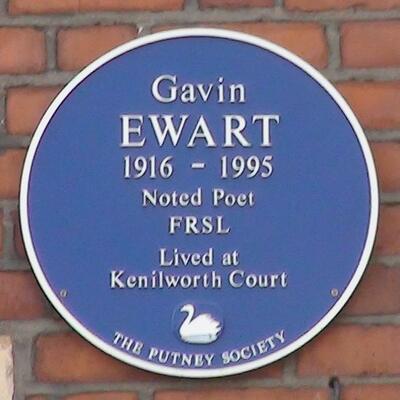