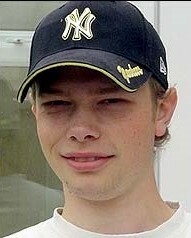 Richard James Ellery was born on 19 April 1984 in Southampton, Hampshire, a son of Trevor A. Ellery and Beverley A. Ellery née Neal. Electoral registers for 2003 to 2005 show him listed at 13 Bramston Road, Southampton, SO15 5GH, but at the time of his death he was residing with friends in Ipswich, Suffolk, where he worked as a shop assistant at Jessops Limited. His obituary can be found on the BBC News website.

He died, aged 21 years, on 7 July 2005 in the underground tunnel of the Circle Line on the London Underground Railway between Liverpool Street and Aldgate underground stations that was targeted by a suicide bomber. The narrative verdict of his death can be found on the Coroner's Inquest Report.

This section lists the memorials where the subject on this page is commemorated:
Richard Ellery

Railway Workers killed or injured on the railways