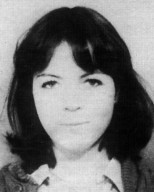 Andrew Behan has researched this woman: Woman Police Constable Philippa Jane Arbuthnot was born on 8 October 1961, the youngest of the four children of Lieutenant Commander John Keith Arbuthnot O.B.E and Susan Philippa Arbuthnot née Letts. Her birth was registered in Petersfield, Hampshire. She joined the Metropolitan Police Force (now the Metropolitan Police Service) and was attached to Chelsea police station with the shoulder number 481B. She lived at 23 Bowfell Road, Hammersmith.

On 17 December 1983, whilst investigating a reported terrorist car bomb and evacuating the area outside Harrods store in Hans Crescent, Knightsbridge, the device exploded and she was killed instantly, aged 22 years. She preferred to use the name Jane, so much so that all records regarding her in later life, i.e. registration of death, probate and even her gravestone show her as Jane Philippa Arbuthnot. She was buried in Mortlake Cemetery, Kings Meadow Path, Richmond, TW9 4EN.

This section lists the memorials where the subject on this page is commemorated:
WPC Jane Arbuthnot

Born Dublin. Known as ABC in the Navy. Naval Commander-in-Chief in the Med ...