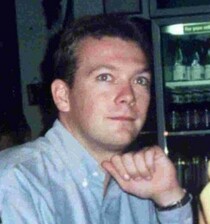 Anthony Richard Dawson was born on 3 August 1969. He had three siblings, Roger, Louise and Jane and he lived in Canton Street, Southampton, obtaining his masters degree in electronic engineering at Southampton University.

He was employed by Thales Contact Solutions of Hedge End, Southampton and died, aged 32 years, on 11 September 2001 when attending a conference held by the Risk Waters Group at The Windows on the World restaurant on the 106th floor of the North Tower, 1 World Trade Centre, New York, USA.

His body was found seven months later and returned to his mother, Helen, in England to be buried alongside his father in April 2002.

This section lists the memorials where the subject on this page is commemorated:
Richard Dawson