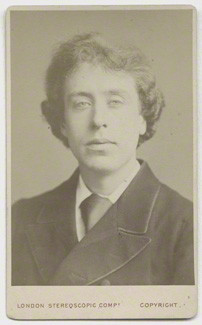 Sculptor. The picture on the right is his work 'A Polo Player'.