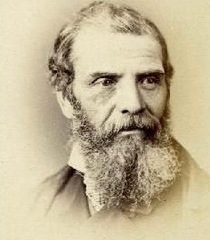 Painter specialising in animals and genre scenes. Born Liverpool. c.1846 moved with his wife and family to Kensington, initially into 39 Victoria Road. 1850 he also took on the house next door, number 41. 1860-1 he built and moved into Lytham House in St. Alban's Grove,. On his death the house was sold and became a school. It was demolished and rebuilt in 1951–5. British History Online have more details of these buildings.

During part of his career he had a summer house in Lytham St Annes, close to his home town of Liverpool, from whence came the name of his Kensington house. The good people of Lytham have returned the compliment by naming an area of their town Ansdell.

This section lists the memorials where the subject on this page is commemorated:
Richard Ansdell

RA artist.  Born as William Frederick Yeames in Russia where his father was B...