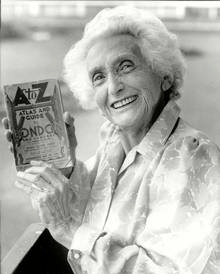 Map-maker. Born Phyllis Isobel Gross at Budapest, Court Lane Gardens, Dulwich. She said in her memoirs, that her inspiration for producing the London A - Z was because she was unable to find the location for a friend's party. The fact that she could have picked up a copy of her father's street atlas which had been printed some years before, seems to belie that. Her claim to have spent eighteen hours a day, pounding the streets of London, may also be down to her own self-publicity, debunked pretty thoroughly by her half-brother and others here.

She did however produce what has become the standard guide for getting around the capital (until someone invented the smartphone and put maps on it). A musical based on her life, 'The A - Z of Mrs P', was produced in London in 2014. Died at 5 Atlantic Court, Shoreham by Sea, Sussex.

This section lists the memorials where the subject on this page is commemorated:
Phyllis Pearsall 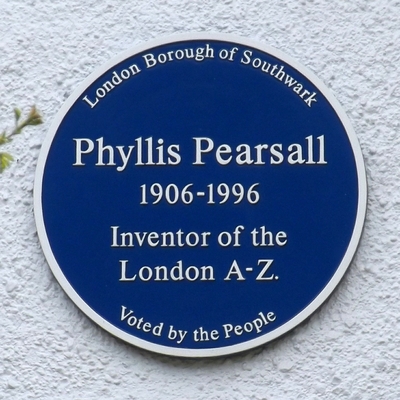 This is where she was born. 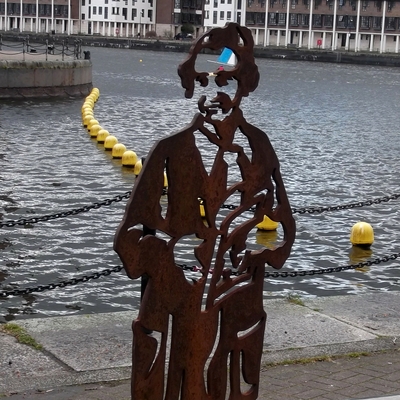 Bronze founder. Ercole Felipo Giacomo Parlanti was born in Rome. He and his older brother Alessandro worked at the Nelli foundry in Rome before moving to London. His 3 children were born in Fulham.... 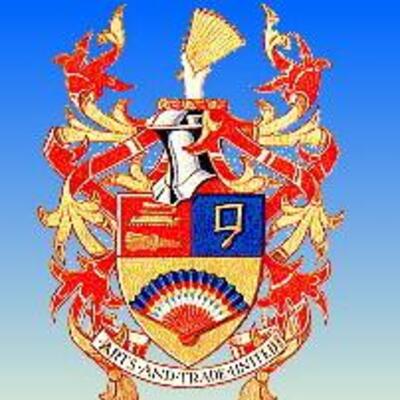 The earliest record for the Fan Makers Company is in 1670 when they raised a petition to Parliament complaining about the threat to their industry from foreign imports. The Fan Makers' Hall in Red ... 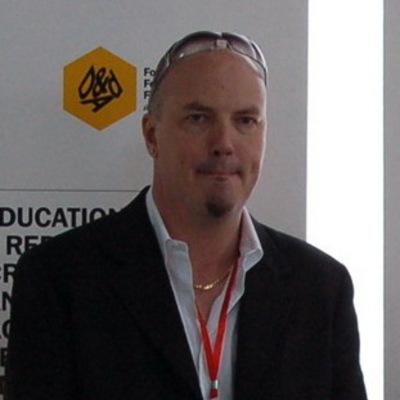