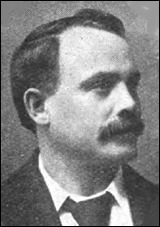 Politician and trade unionist. Born Patrick Francis Curran in Glasgow, becoming known as Pete from an early age. He moved to London where he co-founded the the National Union of Gasworkers and General Labourers. He took a leading role in the General Federation of Trade Unions, and became its chairman. After several unsuccessful attempts, he was eventually elected as an MP in the 1907 Jarrow by-election, only to lose the seat at the 1910 general election. Died at his home 1 Pretoria Avenue, where the plaque is.

This section lists the memorials where the subject on this page is commemorated:
Pete Curran