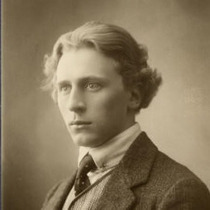 Composer and pianist, collector and arranger of folk music. Born Brighton, Melbourne, Australia. In London 1901 – 14. Very close relationship with his mother, some thought too close. Financed a Percy Grainger museum and donated to it his sado-masochism paraphernalia including the photos he took after each session. Made his own clothes from towels. Clearly not worried by conventions, any bio-pic is going to be good fun and the 1999 film ‘Passion’, set during his time in London, doesn’t disappoint. Died White Plains, New York, U.S.A.

This section lists the memorials where the subject on this page is commemorated:
Percy Grainger

Three members of the group: Barry Gibb and his brothers, the twins Robin & Ma...

Kool and the Gang

Jazz, R&B, Disco, Soul and Funk group. Originally formed as the 'Jazziacs' in...