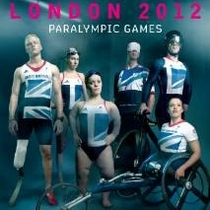 Officially, the Fourteenth Summer Paralympic Games. A major international multi-sport event for athletes with disabilities, governed by the International Paralympic Committee (IPC) that took place in London. After the 2012 Summer Olympics, these were one of the largest multi-sport events held in the United Kingdom, and were the largest Paralympics ever. 4,302 athletes from 164 National Paralympic Committees participated, with fourteen countries appearing for the first time.

A total of 503 events in 20 sports were held, and for the first time since their suspension after the 2000 Paralympics, events for the intellectually disabled were also held in selected sports.

Wikipedia has totally the wrong dates for the start and end of this event.

This section lists the memorials where the subject on this page is commemorated:
Paralympic Games - 2012