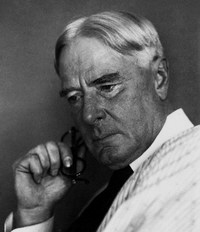 Writer. Born George Norman Douglas in Thüringen, Austria, the son of a mountaineer and archaeologist. Joined the Foreign Office in 1894 and served in St Petersburg. He settled in Capri, where his circle of friends included D. H. Lawrence, Ouida and Compton Mackenzie. Best known for his novel 'South Wind'. Worked in London during the 1940s before returning to Capri, where he died.

This section lists the memorials where the subject on this page is commemorated:
Norman Douglas

The unusual shape of the plaque, is probably due to the fact that there is no...